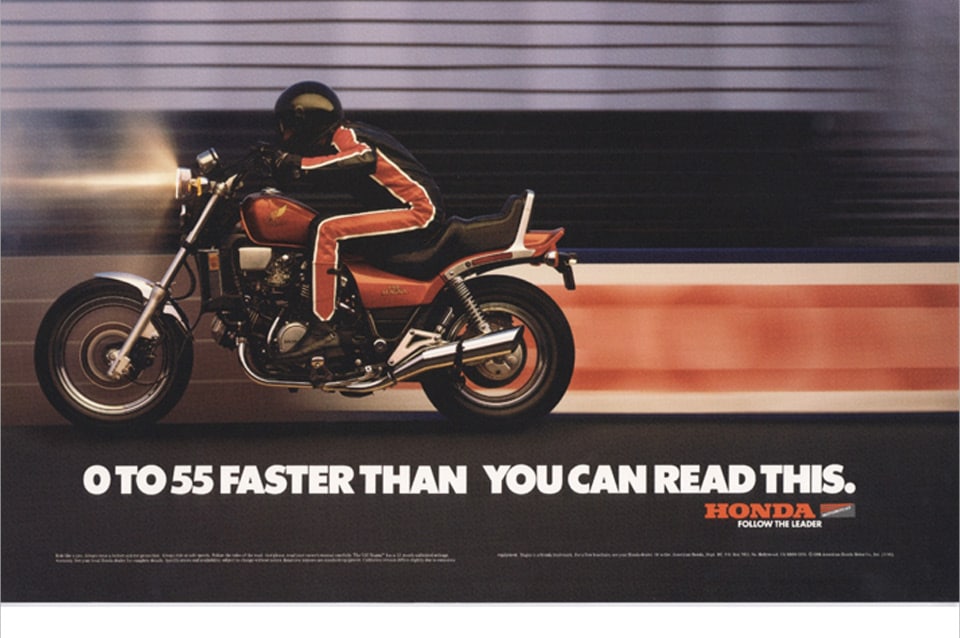 I've been told this Clio finalist is the very first Honda ad to run with no body copy. The Dailey & Associates creative brief said that the V65 Magna will go from a standstill to 55 mph in 2.5 seconds. Who needs body copy? 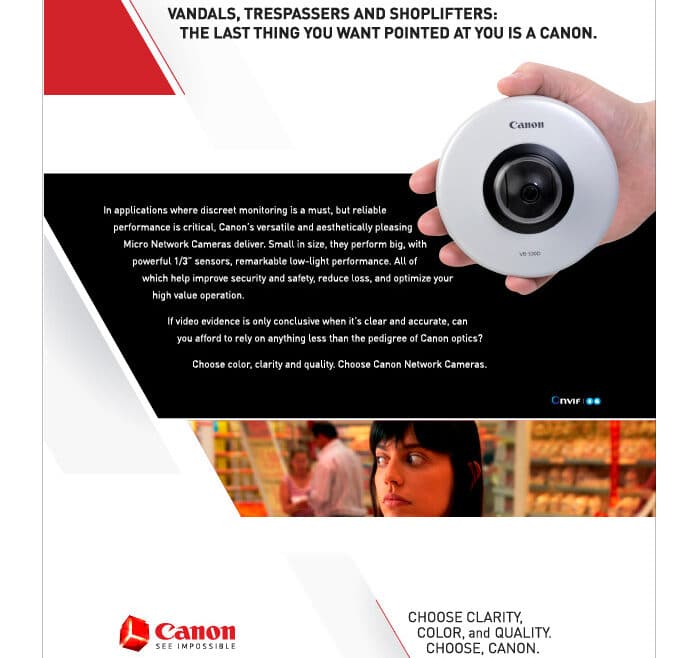 World-famous Canon, makers of fine photography equipment, also makes hi-def security cameras. As you can imagine, the optics are world-class and the image/video resolution is outstanding. This print ad simply points out a real-world benefit to building owners and facility managers. 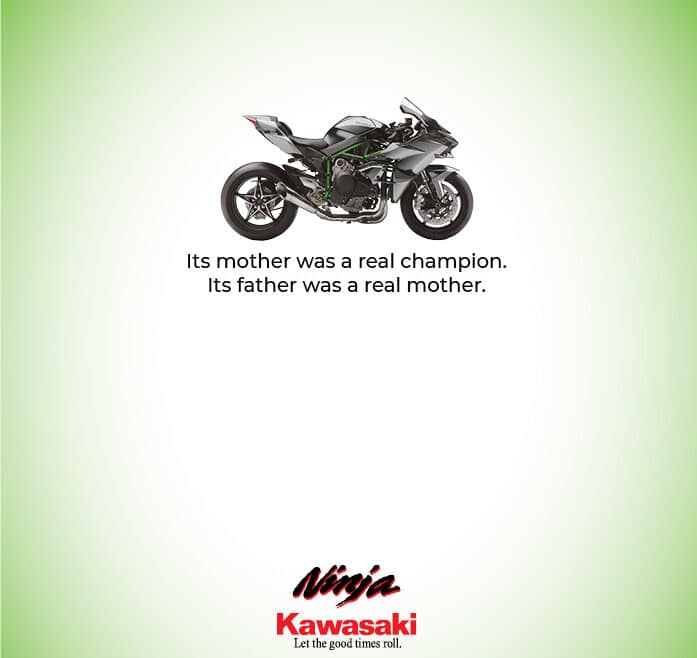 While at Bozell Worldwide in Costa Mesa, CA, I had a great time working on the Kawasaki motorcycle account. Street bikes, dirt bikes, they all scared the hell out of me…but doing the ads was a blast. It's always about attitude when your target is "Males, 18-35." 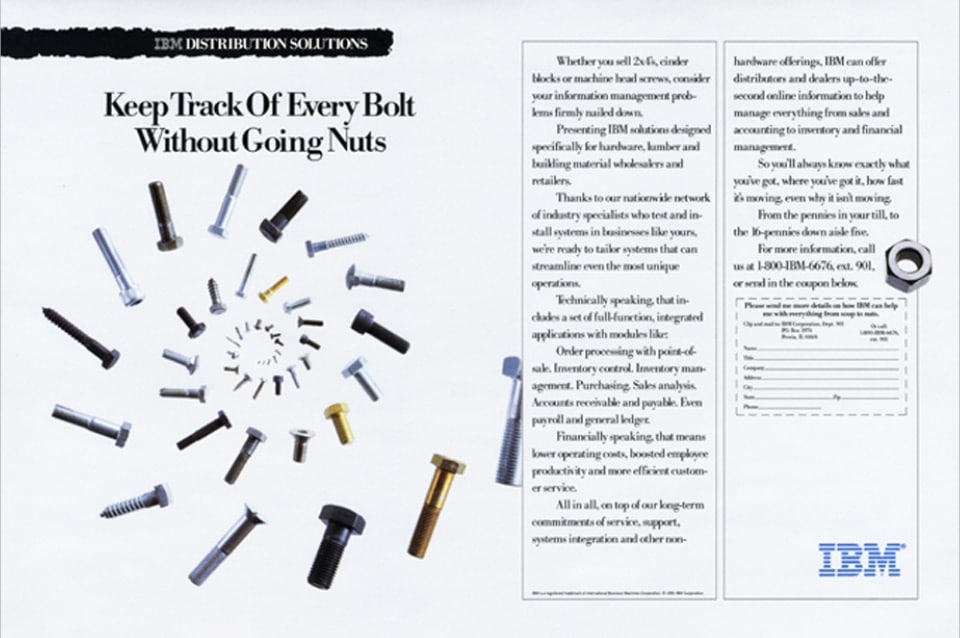 How do you advertise a complex inventory distribution system to a very vertical audience in a way that doesn't just show another ugly piece of technology? While at Wells Rich Greene, NY this worked nicely. Design credits go to Jeff Cooper. 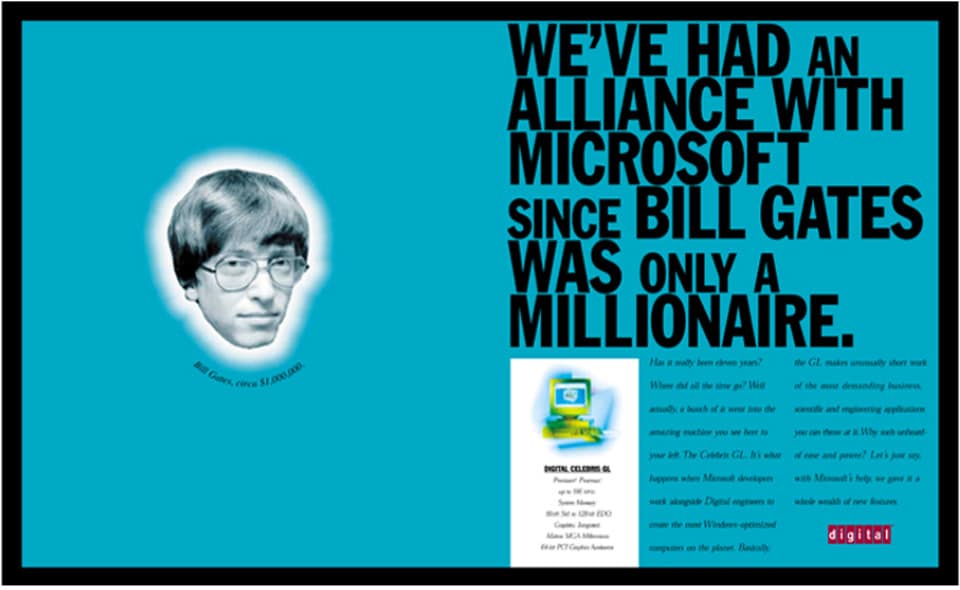 The creative brief at Y&R NY said that Digital had enjoyed a 10-year alliance with Microsoft. The account guys just wanted the headline to say, "Thanks, Microsoft, for the last ten years." I disagreed. 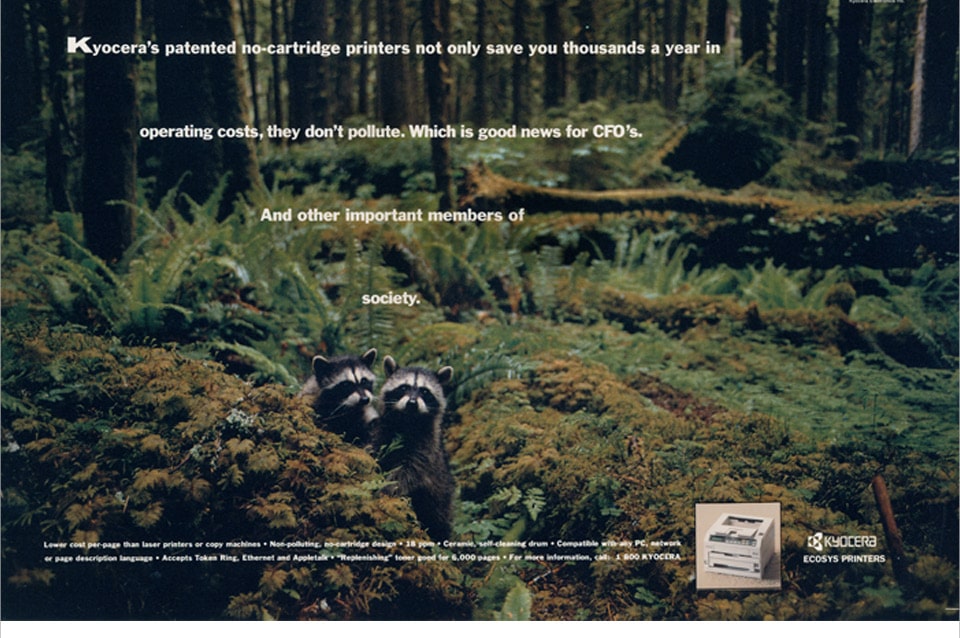 These printers were known as the "green printers" because unlike printers that required frequent drum changes and cartridge changes (two non-biodegradable, environmentally unfriendly trash items) Kyocera printers used a different technology. A nice hook to have. Design credits: Jeff Cooper. 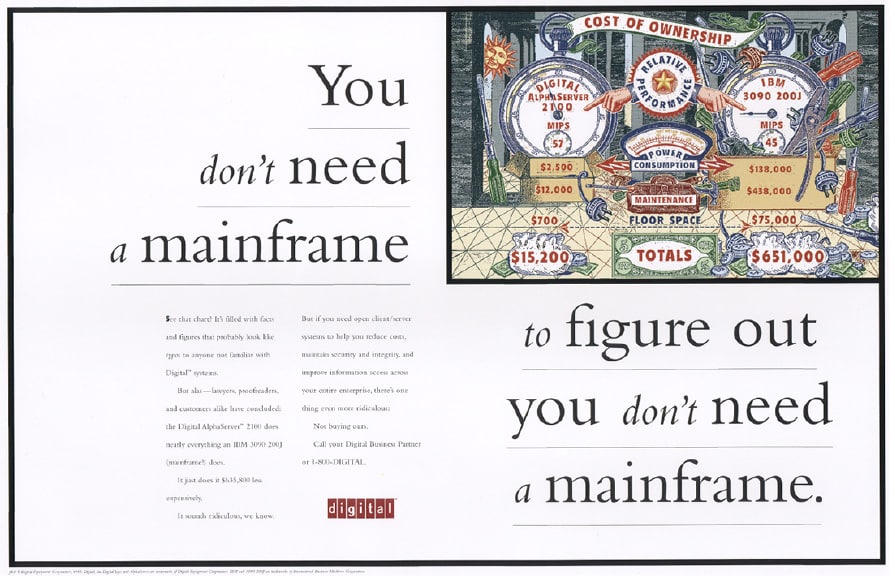 In the mid-90's, when only mainframes had the horsepower to get serious things done, the rise of servers changed the computing landscape. Digital Equipment Corporation was among the first to show how compact servers could do the job of room-sized mainframes. This spread ad, created while at Young & Rubicam NY, simply made that compelling case. 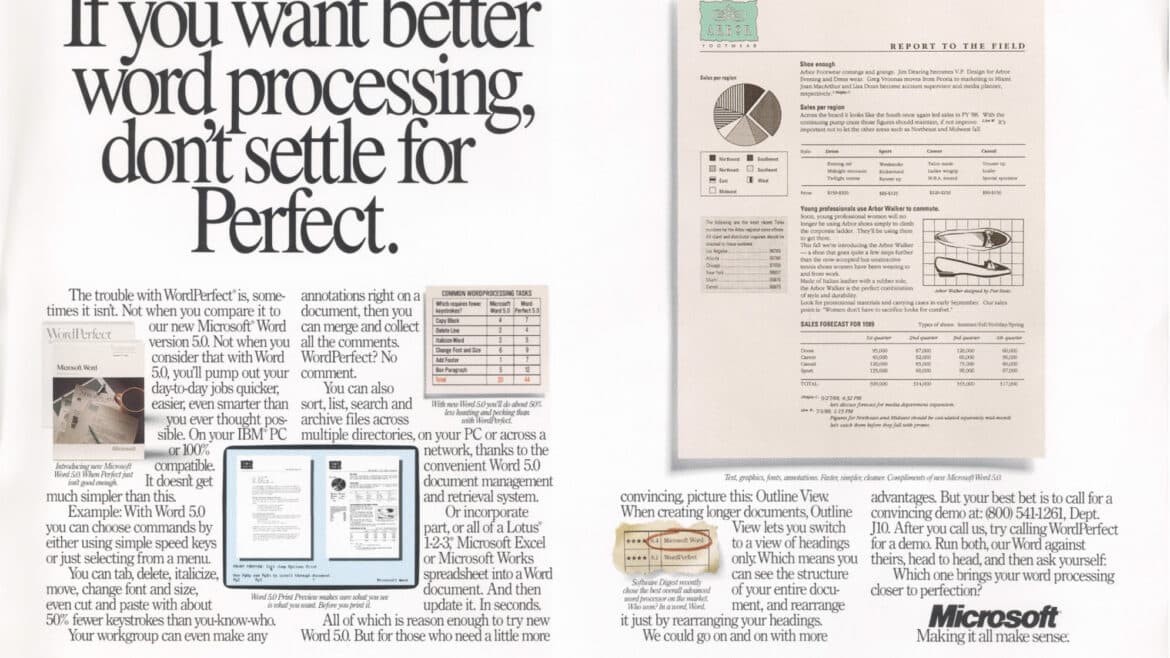 You're looking at the ad that hastened the demise of WordPerfect – the reigning king of all word processing programs back in the late 80's. When Microsoft went head-to-head with WordPerfect, and ushered in a new era of features and productivity, the definition of "perfection" was changed forever. Fun times. 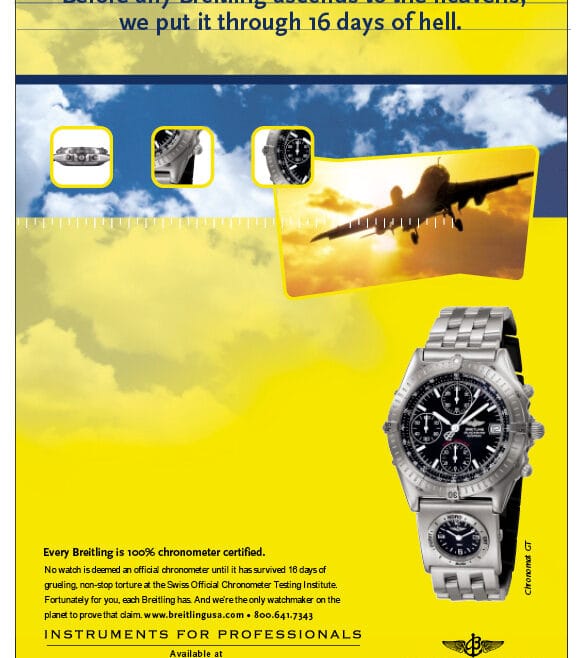 While at The Atlantic Group in the early 2000's, we had the pleasure of working on the premium, pilot-preferred Breitling watch brand. While visiting their facility in Zurich, Switzerland we saw first-hand the hellish torture they put these chronometers through. We simply made an ad about it. 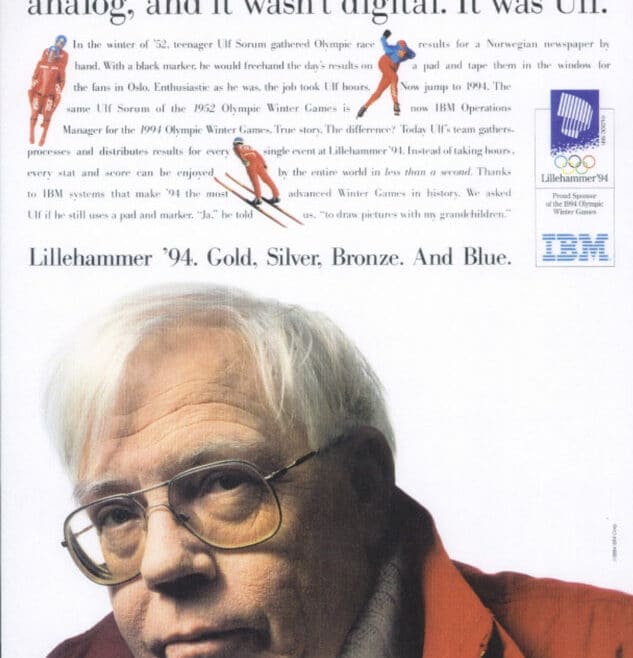 While in Norway shooting TV commercials for the 1994 Winter Olympics, we met a senior IBMer who actually gathered race results as a teenager in the early 1950's. What are the chances of this gentleman eventually becoming Operations Manager for the 1994 Games?! True story, and one that deserved its own ad and TV spot.